Jason comes from a rich culinary background. His journey began over 20 years ago at Johnson and Wales University, which is consistently ranked among the very top culinary schools in the country. He began his career at Eric Ripert’s Le Bernardin, often considered the best restaurant in New York City, and the best fish and seafood restaurant in the world. He has worked and studied all over the globe, and can speak French, German, Spanish and some Portuguese! Before arriving in Pittsburgh, Jason was the Executive Chef at Churchill Downs, overseeing their acclaimed 10 million dollar a year catering services (including the lavish Kentucky Derby events), an offsite restaurant and the Café in the Jockey Hall of Fame.

Jason blends his accomplished background and meticulous professionalism with a warm smile and effervescent charm, creating Cornerstone menus that include classic, contemporary and international options, and some with his personal twist. Most items are house-made, with an eye on local and seasonal ingredients. When he does escape the kitchen, he stays super busy with his daughter Ava and renovating houses. (yes, he can redo a kitchen and then make a five-star meal in it after!). 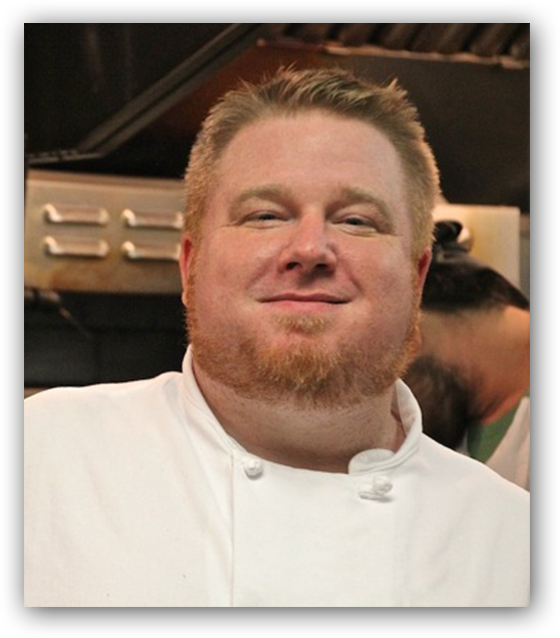 “Our emphasis is on fresh food. I find local sourcing to be quite important, I visit all of the farms & plants from where our food comes from.”